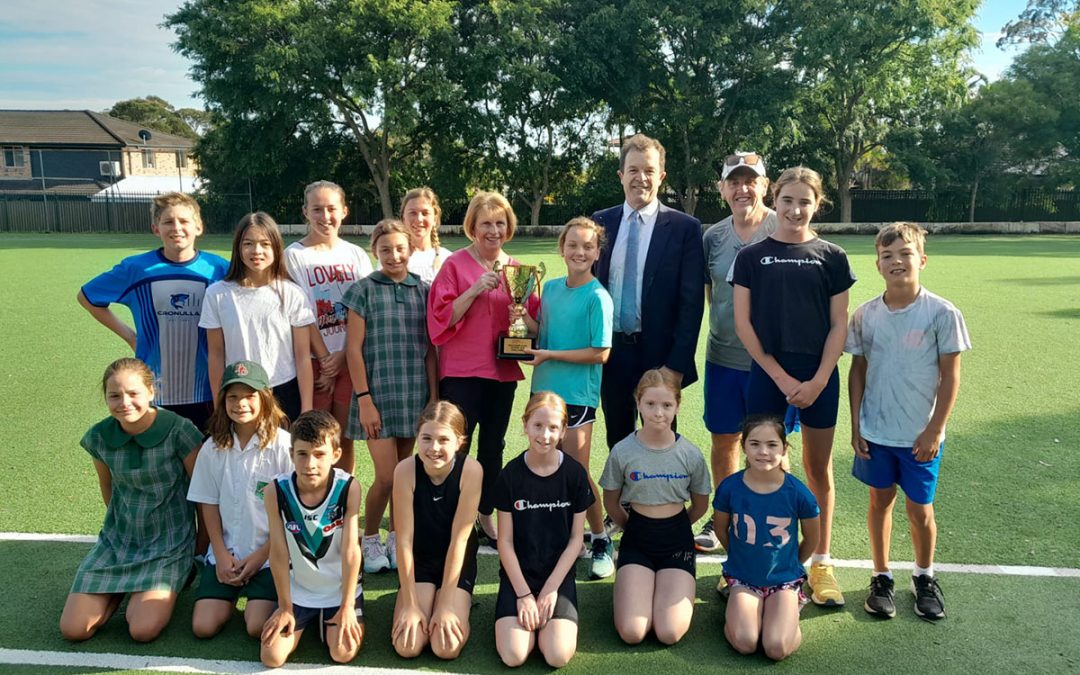 On Monday 31 October SSMRF CEO Pam Brown presented the Burraneer Bay primary students with the School Cup trophy and the first place prize: a behind the scenes tour of Sydney Airport for a group of 60 students.

“It is the second time that we have held the School Cup Challenge and it is wonderful to see the keen students from Burraneer Bay Public School take the trophy after months of practice. Congratulations on a great effort by last year’s winner – the students from St Patrick’s Catholic Primary School Kogarah – who were just pipped at the post. We had 228 students enter the Dash this year; 17 from Burraneer Bay Primary School.

In fact, we had over 500 participants overall in the 2022 Beachside Dash, who either ran or walked the 10km, 5km, or 2km course at Peter Depena Reserve at Dolls Point Beach. We raised $76,000 for medical research which surpassed our expectations and we thank the participants and our generous sponsors,” said Pam.

MP for Cronulla Mark Speakman congratulated all the Dash participants, and was on hand to award the Burraneer Bay students the golden trophy.

“The Burraneer Bay students have shown excellent commitment to their Monday morning run club and I congratulate them representing their school so well and contributing to such a great community event,” Mr Speakman said.

Burraneer Bay Public School P&C President Craig Bulmer said the students trained hard week after week, made easier by the resurfaced oval at the school that was upgraded by the NSW Government just last year.

“The oval improvements have made it much safer for the students; even in wet weather the excellent drainage means we can use it as soon as the rain clears and all classes have access to it throughout the week,” said Craig.

“The Beachside Dash will be held next year at the same stunning location, Peter Depena Reserve on the beachfront, and we encouarge more participants and more schools to get involved,”said Pam. 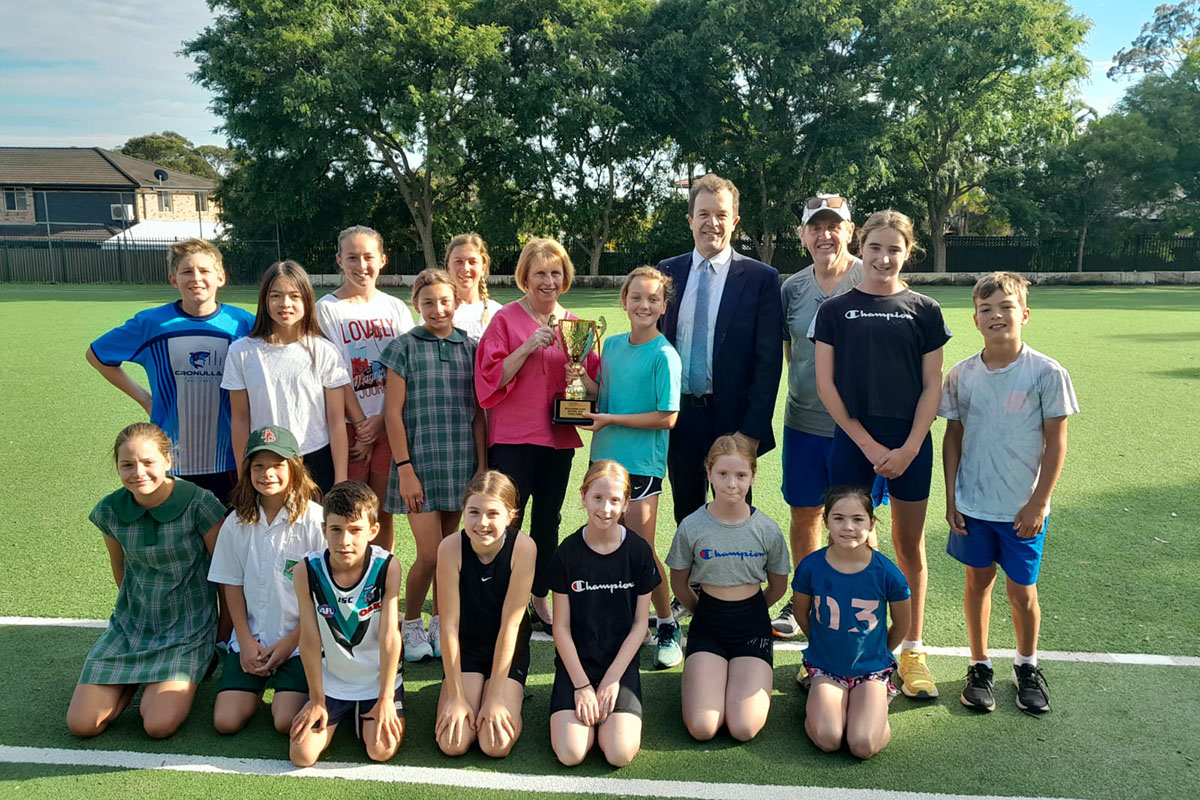